The Men’s Varsity basketball team traveled to Dundee on Tuesday night and came away with a 66-62 victory over the host Vikings.

The Lakers scored the first 8 points of the game and led wire to wire although Dundee was able to cut the Laker lead to 2 points with 10.2 seconds left in the game. Senior Trevaris Webb calmly knocked down 2 FT’s to seal the 4 point victory. 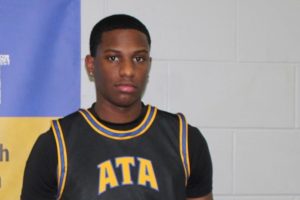 Senior Zack Mingo knocked down a pair of key FT’s with 30 seconds left in the game. Webb led the team with 25 points and 10 rebounds while sophomore guard Jayden Williams came off the bench and added 18.

The JV team was a 57-34 winner over Dundee in the earlier game of the night.

The Lakers get back to work on Thursday as part of a doubleheader as they will host Cesar Chavez Academy in the opener of DMAC play. The Lady Lakers play first at 5 pm followed by the men’s varsity game at 6:30 pm.